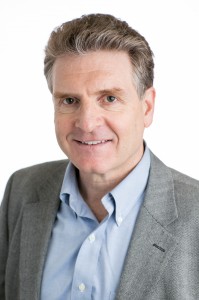 Peter Jarrett, Ph.D., has more than 30 years of R&D experience, ranging from discovery to commercialization. Dr. Jarrett joined Ocular Therapeutix in 2007. Previously, he was Vice President of R&D at Focal, subsequently being named VP of Biomaterials R&D at Genzyme upon the latter company’s acquisition of Focal. Dr. Jarrett began his career in Corporate R&D of American Cyanamid, later moving to the Davis and Geck division. At Cyanamid, Focal, Genzyme and Ocular, Dr. Jarrett developed bioresorbable polymers for medical devices and drug delivery systems, resulting in numerous patents and publications. Dr. Jarrett holds a B.A. degree in Chemistry from Connecticut College and a Ph.D. degree in Polymer Science from the University of Connecticut Institute of Materials Science.

The use of this Site is governed by its Terms of Use. The information contained in this Site is for informational purposes only. It is not a substitute for professional medical advice and should not be used to diagnose or treat any medical or health condition.