OTX-TIC is designed to be a bioresorbable intracameral implant containing micronized travoprost that is injected into the anterior chamber of the eye and is intended for patients with glaucoma with a target duration of drug delivery of four to six months. Preclinical studies in beagles have demonstrated an acceptable safety profile, maintenance of drug levels in the aqueous humor and a sustained lowering of intraocular pressure. OTX-TIC is designed to directly address compliance issues by delivering travoprost over the course of several months with a single implant.

There are many topical eye drop options on the market to treat IOP associated with glaucoma, but poor compliance rates are very high. By delivering the therapy through a single intracameral implant, we have the ability to ensure that patients are receiving the appropriate amount of therapy needed to lower IOP on an ongoing basis. While the number of patients treated so far is small, these data seem to show that not only has OTX-TIC lowered IOP levels quickly, but also decreased IOP levels for as long as up to 18 months. We are very excited by what we have seen with the early results from this trial and look forward to continuing enrollment and further evaluation of these patients over time. 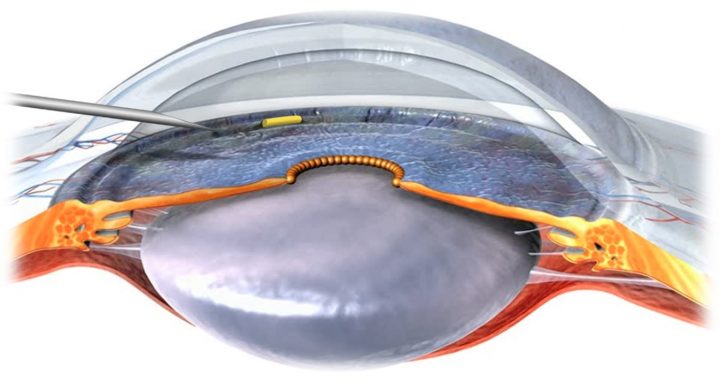 Injection of OTX-TIC implant in the anterior chamber of the eye.
Implant drops down and resides in the iridocorneal angle.

The Phase 1, prospective, multi-center, open-label, dose escalation clinical trial is intended to evaluate the safety, efficacy, durability, and tolerability of OTX-TIC for the reduction of elevated intraocular pressure in patients with primary open angle glaucoma or ocular hypertension. Data from the first two fully enrolled cohorts (cohort 1=5 subjects, cohort 2=4 subjects) show decreased mean IOP values in patients receiving OTX-TIC. The data also show that the mean IOP values remained decreased from the baseline values through the study period and beyond and, in one patient, for eighteen months at the time of assessment. Overall, OTX-TIC was generally safe and well tolerated and no serious adverse events were reported. No changes in corneal health were noted as measured by corneal pachymetry and endothelial cell count evaluation. The implant biodegraded consistently in approximately 5-7 months. Enrollment has begun in the third and fourth cohorts of the trial while continued long-term evaluation remains ongoing in the first two cohorts. As is typical for Phase 1 trials, this Phase 1 clinical trial is not powered to measure any efficacy endpoints with statistical significance.

Glaucoma is a progressive and highly individualized disease in which elevated levels of IOP are associated with damage to the optic nerve, which results in irreversible vision loss. According to the World Health Organization, glaucoma is the second leading cause of blindness in the world. In the U.S., the Glaucoma Research Foundation estimates that over three million Americans have glaucoma.

To lower IOP, physicians typically initiate treatment by prescribing drugs administered as eye drops. These drugs either decrease fluid production or enhance fluid drainage. The classes of topical drugs used to treat glaucoma include prostaglandin analogs, or PGAs, beta-blockers, alpha-adrenergic agonists and carbonic anhydrase inhibitors. PGAs are the most widely prescribed class of drugs for glaucoma and are considered first-line glaucoma treatment. PGAs reduce IOP by enhancing the clearance and drainage of ocular fluid. The most frequently prescribed PGA is once-daily latanoprost, although travoprost, unoprostone and bimatoprost are also frequently used in the management of open-angle glaucoma. In cases where glaucoma is not easily managed by a drug regimen, surgical or laser treatments may be undertaken. 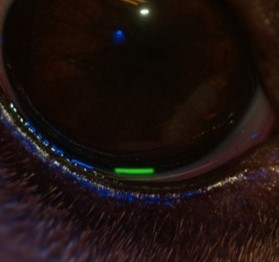 OTX-TIC at 3 days in-vivo (canine);
able to be visualized due to fluorescein conjugation 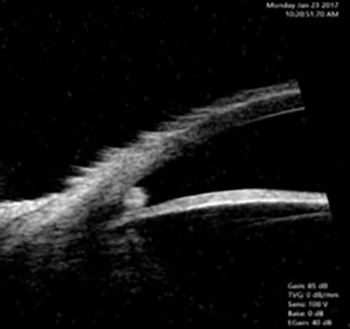 The use of this Site is governed by its Terms of Use. The information contained in this Site is for informational purposes only. It is not a substitute for professional medical advice and should not be used to diagnose or treat any medical or health condition.